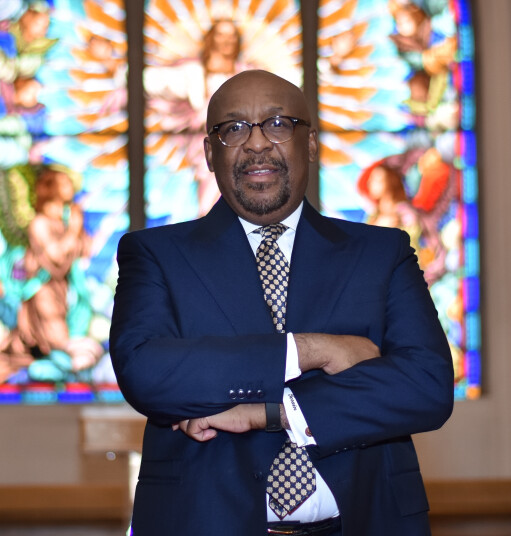 Bishop Tony W. Torain is the founding pastor of The Good Shepherd Church of God in Christ in Baltimore, Maryland. In January of 1989, he and six other Christians became the founding members of this fledgling fellowship. Initially meeting in rented hotel space, the church moved into the church building at 1721 Sexton Street in the Morrell Park section of Baltimore in December of 1995. In January of 2014, the church moved into its present location at 8301 Liberty Road, Windsor Mill, Maryland.

A native of Mebane, North Carolina, Bishop Torain is a 1975 graduate of the University of North Carolina at Chapel Hill where he majored in English Literature. He is a 1979 graduate of the Gordon Conwell Theological Seminary where he earned the Master of Theological Studies in New Testament. In the spring of 1980, he graduated from Boston University with the Master of Arts in African American Literature having focused his research on the writer James Baldwin. In 1984 he graduated from the University of Maryland School of Law with the Juris Doctor degree and in 1985 he earned the Master of Social Work at the University of Maryland School of Social Work. He has done further doctoral study at Princeton Theological Seminary and Regent University Divinity School. In May of 2020 he was awarded the Doctor of Ministry degree from the Samuel D. Proctor School of Theology at Virginia Union University.

Bishop Torain began his secular employment at the Joint Orange-Chatham Community Action in Chatham County, North Carolina as the Director of Elder Services.  After graduating from law school, he worked in the Office of the Assistant Secretary for Personnel Administration at the United States Department of Health and Human Services working on employee complaints. In 1987 he left the legal community to enter higher education as the Director of the African American Cultural Center at Towson University. In 1991 he was named the Assistant Dean for Student Services and Minority Affairs at the University of Maryland School of Social Work where he served as the chief student affairs officer. In 1994 he returned to the legal community when he was named Associate Dean at the University of Baltimore School of Law. He left the University of Baltimore in January of 2008 and in 2010 was hired as the Deputy Clerk for Administration at the Circuit Court for Baltimore City.  In 2015 he was hired as the Executive Director of the Maryland State Board of Dental Examiners where he was involved in licensing, legislation, dental continuing education, and administrative prosecutions.

Bishop Torain was baptized at the Lattisville Grove Missionary Baptist Church in October of 1962.  He grew up in that church working in the music ministry from age 5.  From 1966 to 1970 he could be heard weekly on WSRC, radio Durham, as a member of the Kings of Harmony.  From 1970 to 1973 he was a member of the Burlington Young Adult Choir in Burlington, North Carolina and from 1973 to 1976 he traveled nationally with the New Direction Evangelistic Association.  While at the University of North Carolina he and seven other students founded the Black Christian Fellowship, which served the students on that campus for more than 20 years.  He was licensed to preach in 1977 at the Twelfth Baptist Church in Boston, Massachusetts and ordained in 1980 by the East Cedar Grove Association in Roxboro, North Carolina.  He transferred his ordination to the Church of God in Christ in 1987 while serving at the Mason Memorial Church of God in Christ in Baltimore, Maryland.  On November 10, 2019, he was consecrated a Bishop in the Church of God in Christ and serves Greater Maryland First Jurisdiction of the Church of God in Christ as an Auxiliary Bishop.

Bishop Torain is the Superintendent of the Bishop Frank J. Ellis Memorial District of the Greater Maryland First Ecclesiastical Jurisdiction of the Church of God in Christ.  Working under the leadership of the Bishop Joel H. Lyles, he serves the Jurisdiction as the Executive Administrative Assistant and as the Dean of the C.H. Mason Jurisdictional Institute.  He is a member of the COGIC Scholars Fellowship.  He has served the national Church of God in Christ as a member of the Commission on Education and as a teacher in the Bishop O.T. Jones, Sr. Training Institute.

Since May of 1985 Bishop Torain has been married to the former Celestine Best of Newburgh, New York. He is the father of two adult sons, Tony William Torain, II, Esq. and James Best Torain, M.D.